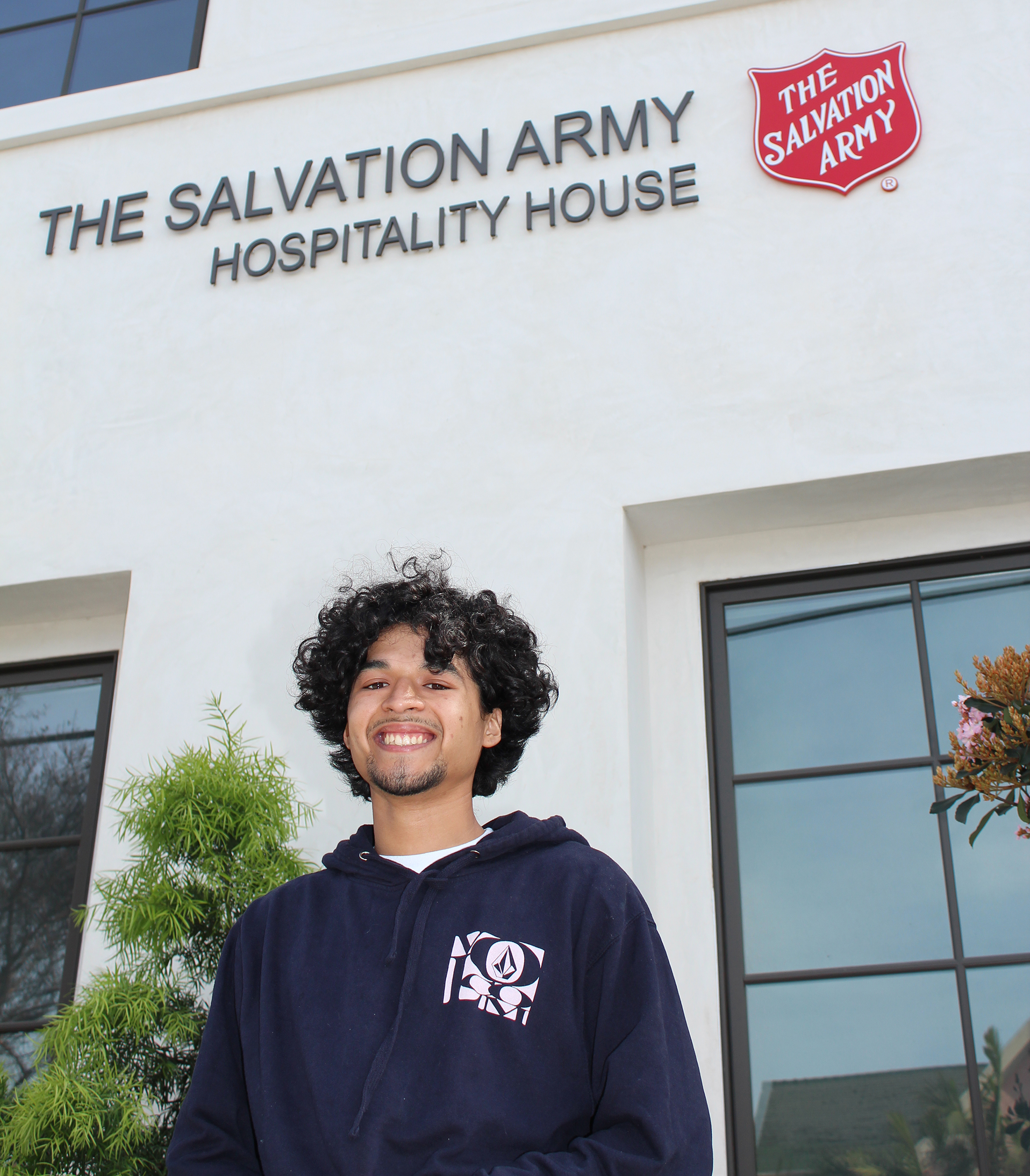 Josue was the middle of nine children raised in a single parent household. In December of 2017, he arrived at the Hospitality House after he made the choice to leave his toxic lifestyle behind. His upbringing made him vulnerable to gang life, drugs, violence, and incarceration. In addition to those physical threats, he also dealt with suicide, post-traumatic stress disorder and depression.

In September of 2016, he checked himself into a hospital for suicidal thoughts, but this was not enough as he would eventually spend four months in prison.  This motivated him make drastic lifestyle changes, and shortly after, he was on the phone with The Salvation Army.

Josue was able to obtain a place at the Hospitality House and was referred to the PAC program in Fullerton to begin outpatient therapy. With the guidance of his case manager, Josue developed a new found sense of direction and was introduced self-care methods. He learned of the importance of therapy, and obtaining knowledge that would help him separate himself from a cycle of violence and poverty. “I didn’t want to be stuck in this cycle where I wasn’t able to break out of. So I was willing to go through with therapy, willing to go through all the things that I needed to…”  The HH provided him with a safe space free from any shame that helped his emotional health greatly, but Josue states the basic amenities provided accounted for a lot more of his progress. “Not having to worry about your basic needs, having a bed and hot meals… Once you have that you’re able to focus on something else and the help you really need.” And indeed it helped him focus on his academic pursuits.

Once homeless, Josue is now currently enrolled in Fullerton College with hopes of transferring to Trinity University and pursuing a career in the automotive industry. He credits the HH program for also changing his ambitions, and instead of seeking materialistic items, he wants to be able to provide himself with a comfortable life and help give back to those with similar backgrounds and upbringings. He found his second chance in the program, helping him to become more optimistic and in tune with his spirituality - something that was not there when he arrived. He is thankful for the position he is now in, and hopeful for the future. Truly in the midst of a transformed life!